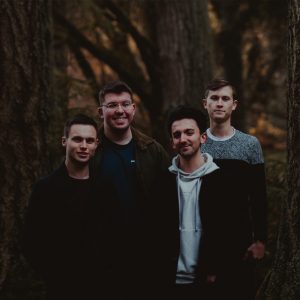 A dynamic four-piece of fiddle, flute, guitar and percussion, Gnoss tackle energetic tune sets and driving folk song with a ‘maturity of ability many of a greater age will envy’ (The Living Tradition).

Following high praise for their 2018 EP Brother Wind, Gnoss released their much-anticipated debut album, Drawn from Deep Water, to further critical acclaim in 2019 – leading to numerous festival appearances throughout Europe and the UK. The band were also guest musical directors of the Orkney Folk Festival’s celebrated ‘Gathering’ project in 2018, as well as its sellout reprise in Glasgow’s Old Fruitmarket during Celtic Connections 2019.

With their international touring fuelling a rapidly expanding fanbase, all eyes are on this exciting young Scottish quartet as they stride forth from the pack.