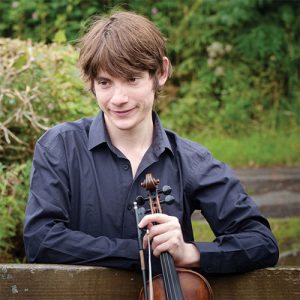 Ryan is a traditional fiddle player from Scotland bringing fresh and inventive ideas to traditional Scottish music. Ryan’s playing will take you on an emotional journey and lift your spirits. He plays mostly traditional Scottish tunes which he brings to life with his spellbinding interpretations. Ryan’s debut album, released August 2017, was produced and recorded by triple Grammy winning American producer Jesse Lewis. he has twice been nominated for BBR Radio 2’s Young Folk Awards and was a finalist in BBC Radio Scotland’s Young Traditional Musician of the Year in 2015 and 2016. Ryan was named “Up and Coming Artist of the Year” at the MG Alba Scots Trad Music Awards in December 2016.

Listen to a track from Ryan’s album ‘Ryan Young’