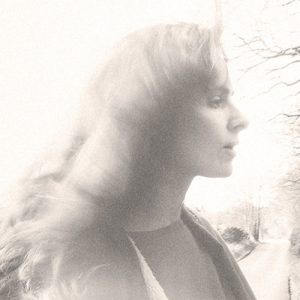 Sophie is a singer-song writer from Perthshire, Scotland who combines original and traditional songs. Her latest album, “The Seas Between Us”, includes songs in Scots and Gaelic, and was produced by Matheu Watson. Her previous release, “The Glassy Mountain”, an album of original songs, was produced by iconic Jim Sutherland and included some of the UK’s finest folk and jazz musicians. Tracks from her first album of Scots songs, “Ca’ the Yowes”, featured on Radio 4’s “Desert Island Discs” and in the film “A Lonely Place to Die”. Sophie performs regularly, often accompanied by jazz French horn maestro Jim Rattigan. In 2017, she toured with cellist, singer and songwriter Sarah Smout.

“A beautiful and heartfelt album, Ramsay’s ethereal voice laces through these songs with a delightful and sensitive tenderness.” SONGLINES

“Atmospheric, elegant and beguiling, hers is an exciting new voice to carry Burns onwards.” SONGLINES

“It is all of a fragile, crystal-clear beauty that revives times of old in the here and now.” Jan Willem, De Subjectivisten